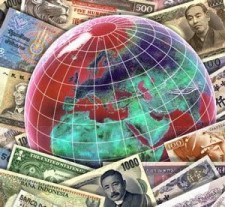 New York, NY, January 6, 2017 (Newswire.com) - A report published by the UN Economic and Social Council is reaching back to US President Kennedy's administration for guidance to alleviate poverty in the deep south of the United States. The Appalachian Regional Commission was born out of former US President John F. Kennedy's commitment to eradicate poverty in one of the nation's most impoverished regions. In the years since its establishment, upwards of $20 billion in economic development dollars has been invested in infrastructure, industry recruitment, workforce training and development and has also leveraged billions more in private sector investment in Appalachia.

Most of the public dollars were spent on the necessary infrastructure to connect the once geographically isolated region to the rest of the country. In recent years, more has been spent to make the region economically viable. The initiative has seen some success in poverty eradication measures. According to the Appalachian Regional Commission website, the area's "poverty rate, 31 percent in 1960, was 17.2 percent over the 2010–2014 period. The number of high-poverty counties in the Region (those with poverty rates more than 1.5 times the U.S. average) declined from 295 in 1960 to 91 over the 2010–2014 period." Experts say there is still work to be done to fully equip the local labor force in Appalachia to be competitive in the 21st century global economy.

This recommendation puts forth a comprehensive approach for not only conventional economic development methodology which includes infrastructure development and industry recruitment, but also addresses more contemporary strategies such as micro-lending, asset-mapping, entrepreneurial training and technical support for stimulating local economies.

Virginia based NGO, the United States Sustainable Development Corp submitted the statement that recommends a similar model for delivery of resources to another of the country's most historically impoverished regions, the 'Black Belt' which is located slightly south and east of Appalachia.  According to the statement, "the  region  lies  within  the boundaries of eleven states in the US south, and would if lifted from the map of the United States look statistically economically and culturally like many developing countries in the global south." More than 150 years into the post enslavement era, the region is still home to nearly half of the Indigenous and African descendants of colonialism and enslavement, the largest minority people group in the nation.

The recommendation puts forth a comprehensive approach for not only conventional economic development methodology which includes infrastructure development and industry recruitment, but also addresses more contemporary strategies such as micro-lending, asset-mapping, entrepreneurial training and technical support for stimulating local economies . The report states that the model, "represents a most comprehensive approach to addressing the full range of issues." The funding mix is outlined as a combination of public and private investment.

Get notified about new releases.